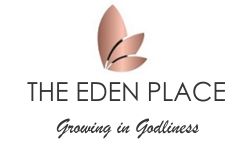 I did not come to boost the morale of the devil. God forbid!

Neither did I come to call you out, what’s my gain?

I come to expose some things to you, just as the Holy Spirit opened my eyes to them.

To know that the Christian life is a constant battle is something you mustn’t miss out on. To know that it shouldn’t be from a standpoint of struggle, but that of victory is where you should fight from. To know that it is possible to stay and stand victoriously strong at all times is a possibility. This, should give you assurance but you must first realize that once you’re under attack, you don’t turn passive.

Subtly certain characters get strewn into you and without realizing it you may be facing the ‘new normal’. But please I want you to disallow and disagree, this normal shouldn’t stay.

What am I talking about? The various attacks the devil uses. I saw some these past few weeks even in my life and I knew, it was time for war. No time to play games with the devil, he ain’t playing games with me. So why should I?

1. Offence – I began to realize in my life that I started getting carried away with what people did, what they said and how they reacted. Infact, what they didn’t even say. In the past, I would make excuses for a certain behavior or lifestyle simply because I don’t know what the other person might be going through or experiencing. But then I started feeling like some people were taking advantage of me. Oh Lord.

That’s when I started imagining comebacks I should have used or smart responses I should have said.
That was until the Holy Spirit opened my eyes to a tactics the devil was using. The tactics of using offenses to hold me down.

3. Prayerlessness- don’t look too far though. Somewhere in all of these your secret place has some dying coals. Your prayer altar needs some fire. One dangerous thing the Lord opened my eyes to see is the fact that some of us post on our social media statuses on hot prayers, hot prayer lives and meetings but we hardly do the talk. You know why this exposes you for attack? It’s like putting fake meat before a hungry tiger.

Ahhh, when it comes and find no real meat, it will turn on its attack mode. The truth is that someone will read that status and be fired up. Someone will send it to someone who has been struggling and the other someone is challenged to go back to God but the original instrument is still passively weak.

The devil turns around and says “wait, did you just turn people to do the right thing” ?

I hope he comes to find you praying.

4. Procrastination – 11 months gone and there are things you hoped to achieve. Goals you have written down to attain, more bible study life, more prayers, read books that will improve your life. 11 months are gone, and you’re yet to achieve them. You base your activity on your mood “it can wait” became your slogan. That’s exactly what the devil likes, to keep you at a place where you either take a decision and not follow through, or not take one at all and defer it for later. It’s time to shake yourself there are 30 more days to conquer.

Welcome to December, let me share a verse that has kept me shaken up for days now. Isaiah 60 vs 1.

It’s time to arise from the depression, the circumstances, the prostration that has kept you for 11 months. It’s time to say enough is enough.

I hope that what you got was not fear, but fire in your bones. I hope what you saw was not the people you think were at fault but the devil to whom you can’t take his nonsense anymore
You cannot sail into the new year with so much weighing you down.

But there is so much to get when you stay connected with Jesus everyday. Let’s begin by telling Him of those little things that kept you away from Him. You cannot be passive under attack. Enough is enough! . It’s time to fight!
Please do!